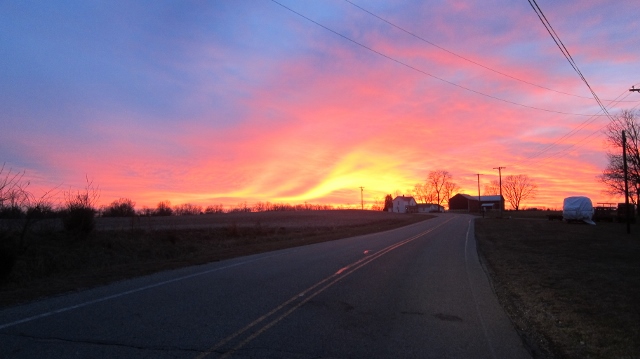 A Drive Across The States

Gavin recently took a road trip with no planned destination and is sharing his vacation through some great photos. Gavin traveled all the way to Adrian, Texas, entirely by car, down and back in 8 days.  3,707 total miles!  Along his journey he saw old parts of US Route 66, which he explained was inspired by Tom Earl.  “Tom had wanted to tour old Route 66, which once ran from Chicago to Los Angeles, but never had the chance, and I just thought it was something I wanted to experience.”

Featured below are some photos from his travels.

Leaning Water Tower, in Groom, Texas, off the old Route 66:

Near the old Route 66, near Amarillo, Texas. This is the famed Cadillac Ranch:

Adrian, Texas which is significant for being the midway point on US Route 66 between Chicago and Los Angeles:

This was on a back-road in Western Ohio:

Not taken off route 66, but of Interstate 40 in Western Oklahoma near sunset: